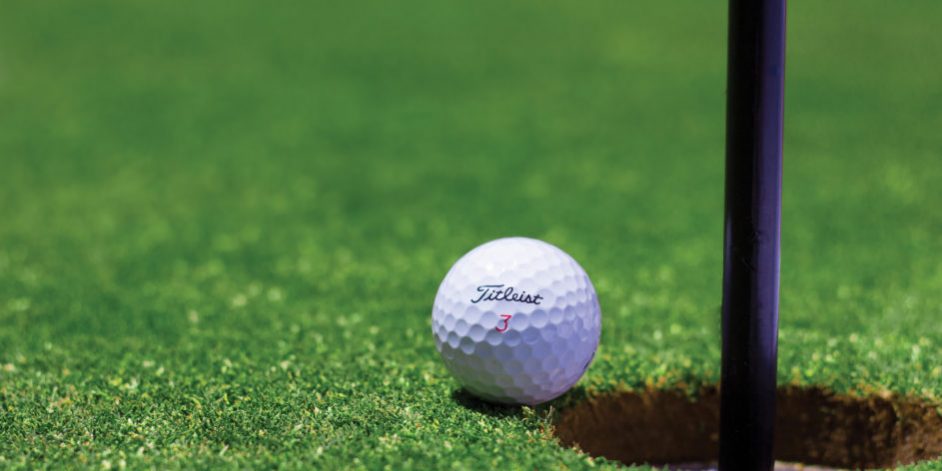 Pesky is the annoying little voice/person who sits on your shoulder telling you all sorts of things,

– you’re no good
– you’re about to stuff this shot up
– don’t miss
– you’re unlucky
– it isn’t fair, you’re better than that other guy
– don’t hit the ball out of bounds

I’ve been calling him Pesky for years and I reckon getting him under some sort of control is necessary if you’re going to play your best golf. Pesky is a little shit because he holds you back. He causes fear to set in, he makes you nervous and he’ll cause you to procrastinate. With Pesky sitting on your shoulder you’ll always be fighting your system.

And I don’t care how talented you are, how good your golf swing is or how much you practice, if Pesky is a dominant force in your life you’re always going uphill. Learn to manage the little turd and you’ll play better and you’ll also find a freedom that you never thought possible.

Pesky thinks he’s doing you a favour. He believes that he is protecting you from harm so he will pop up anytime you challenge the norm or move even slightly out of your comfort zone. Pesky was probably useful back in the Stone Age, but his usefulness has well and truly been eradicated.

Pesky has been a constant battle in my career and I still fight with him everyday. I could give you a thousand examples but here are some that you may relate to.

#1: Starting this blog – Writing my ideas down and sharing them with others has been one of the best things I have done. I really enjoy it but it nearly didn’t get off the ground. Pesky was there telling me that,

– I couldn’t write
– People wouldn’t be interested
– Your story is boring
– People will laugh at you
– Building websites is hard
– You have better things to do
– It’s a stupid idea
– How would you start anyway?

So I fought with the idea for a year or two, putting it off and making excuses. Then one day I started. I didn’t really know what I was doing but I started and it felt good. The sky didn’t fall in and Pesky was humbled. Now when I go to write something Pesky is less of an issue (but he still is present).

#2: Playing under pressure – It took me a while to realise that playing golf under pressure is almost the same as when you’re playing socially. I improved quickly, but after some initial success, I started thinking too much about golf and couldn’t play very well when it counted. Pesky was there all through the turmoil, reminding me that,

This sort of thing went on and on. I was fighting my system and had little success to show, despite working pretty hard at my game.

#3: Building a better swing – I think traditional coaching ideals play into Pesky’s hand. The thought you can build a better golf swing by changing your technique gives Pesky so much ammunition that I’m convinced most don’t reach a level they’re happy with. I look back on the years when I was taking lots of lessons with a shudder – not a good time for me but Pesky revelled in it. Here’s some of the one-way conversations we had,

– not like that, you need to swing more like (insert thing here)
– your swing is off plane, your coach told you not to do that
– you’re swinging too quickly, slow it down
– you need to practice more
– don’t worry about not playing better, at least your swing is improving
– those other guys might be winning, but their technique isn’t as good as yours
– if you keep working hard at your swing, better golf is just around the corner
– to succeed in golf you need the perfect technique, all the other stuff comes later

Typical coaching is hard because the conversations you have with your coach match those with Pesky. It’s a one-two punch that knocks you out. Golf, by its nature, means you’ll never hit every shot perfectly so there’s always something for Pesky (and your coach) to remind you of. Some golfers can handle this and are able to take the criticism (in want of a better word) and get on with it. But I’m sure for most of us, the continual barrage wears us down and we give up and play a form of “unhappy golf”.

When I watch the average golfer play this is what I see. There’s little enjoyment and virtually no deep satisfaction that comes when you reach a level of mastery. We waste our best years because of a stupid little voice.

I don’t think you can be totally free from the devil. He will always be there, like today, Pesky was doing his best to stop me writing this post. Maybe he doesn’t like me talking about him, but he was also kind enough to remind me that,

He went on and on. Thanks Pesky.

The first step is to become more aware of the chatter. You don’t need to heed any advice, just become aware of what Pesky is telling you. Go for a walk and notice your thoughts. You may be surprised at what is going on. It can be especially noisy when you come up with an idea – right after that is when Pesky is at his loudest. He’ll do everything he can to stop you acting on the ideas. He hates change and thinks the ideas will cause you harm.

Next step is to accept Pesky. Stop fighting him. Fighting is no use because he’ll always be there. Eventually he’ll become like that annoying family member that you simply ignore – no longer does his antics/language/bad jokes worry you. Acceptance of Pesky takes less energy and empowers you to do what you really want. When you ignore him and don’t waste emotional energy you’ll start to see him for what he is – a scared little shit. When you get to this point he’ll have no power of you – you may even begin to like him.

[features_box_grey width=”75%” + border=”2px”]Side note: One of my first jobs was working at an engineering factory. A member of the golf club looked after me and he allowed me to work afternoon shift so I could play golf during the day. One of the guys was a real nightmare. He gave me a hard time and questioned everything I did. He too played golf, a 14 handicapper, and thought he was the best player in the world. I think he felt threatened by me because I was playing off scratch. Each day he would say something nasty or get me to sweep the floor for the 12th time. I used to hate him and I’d get angry and want to fight him. But I resisted and eventually started ignoring him, I accepted him as he was and didn’t let him bother me. I figured that he could have his 10 seconds of ego trip and I could move on.

Then something funny happened. He started treating me better and acting human. One day, he opened up and told me about his life. Deep down he was a scared little man and apologised for his behaviour. He never became my best mate, but we did have a better relationship and he thanked me for being a friend. It was a good lesson in how to combat that Pesky creature that’s for sure.  [/features_box_grey]

Finally, you can embrace what he says and move towards the fear. This is when the magic happens and you’ll achieve something “remarkable”. I’m also sure this is what successful people have learned to do, no matter what pursuit they’re passionate about.

The athlete gets up early for training, despite it being cold, wet and dark outside. Can you imagine all the stuff that Pesky would be telling them?
The writer keeps on writing, despite not having anything to say and fighting writer’s block.
The entrepreneur keeps working, despite Pesky telling her it’s too hard and she’s be better getting a real job
And the golfer, keeps swinging freely despite the pressure and Pesky’s continual chatter about the Out Of Bounds pegs and all the other distractions

Moving towards the scary stuff is hard. But it’s the best way to dampen Pesky and learn that he’s not real. Pesky is an annoyance that can be overcome but it will take some courage. It has nothing to do with your technique, skill level or equipment (although the industry will tell otherwise) and it might be the easiest way for igniting your A-game. Get Pesky on a tight leash and you’ll play with more feel, flair, passion and enthusiasm. You’ll start to play golf your way and to me, this should be the point of the exercise.

How have you tamed Pesky? Leave your thoughts below…

Putting masterclass: How to make more of those 3 foot putts
January 21, 2020

The builder’s mentality and why it’s wrong for your golf game
January 21, 2020